To be humans, surely, was to be a malfunction – the kind of glitch that sometimes hit when one of the Tribe members took one too many shots to the head, and began killing indiscriminately

I have a layperson’s fascination with both — alternative history narratives; and tech and AI. Given that The Inhuman Peace has both at its core, it was something I was eagerly looking forward to. Especially since the prequel, The Inhuman Race, had left so many doors tantalizingly cracked, but not fully open.

Set in Ceylon, in a world still yoked to colonialism and capitalism, The Inhuman Race centered around The Silent Girl, a unique intelligence that stood out amongst the many that fought “war games,” designed to entertain viewers across the world. There is a fifteen year gap, in between the central event of The Inhuman Race, and the turning point that it closes on. The Inhuman Peace explores that gap, drawing a line from Point A to Point B. By no means, however, is that a straight line.

A ruined city just so happens to be the perfect training ground for urban warfare.

It is 2024, in this alternate world, six months after the events involving The Silent Girl. Nigel Penhaligon administers Ceylon, for the British as the head of the dreaded Inquisition. China is waiting and watching (via the Port City docked to a ruined Colombo), for an opportunity to conquer Ceylon itself. Within Ceylon, the five powerful and corrupt families that hold the reins to commerce and more, bicker amongst themselves; even as some sections of society awaken to the idea of freedom from the British. Kushlani De Almeida is questioning everything she knows, having learnt what she has. Her boss, “Don” Hewage, is keeping secrets, dropping only hints. Edward Drake of the British government (and his many clones) have realized that there is more to the gory war games that Hewage runs with the “child” robots in Colombo. So they send Jacob Bengali (the evaluator) , from India and Elliot Grimme (the exterminator) from Ireland, ostensibly to make the games safer. The real purpose of course, is to see if these child robots have “military applications.” (Side note: I *love* all the character names –they have a ‘stickiness’ that helps make them even more memorable than they already are.)

Kushlani had long stopped believing in karma. There was no order to history; only moments of order interspersed with chaos, and people trying to make sense of it afterward.

Needless to say, not much goes to plan. For a book that’s titled The Inhuman Peace, there isn’t much peace in the book. Even as it proceeds at a quick, relentless pace, the conflicts become knottier and the body count keeps rising.

This could easily have become too complex, (and it almost did, as Yudhanjaya writes in this joyfully honest post about the book,) but Yudhanjaya reins it in perfectly. Even as the plot kept changing the game on me, I didn’t find it difficult to keep track of the multiple characters and sub plots.

Some of the themes in The Inhuman Peace, called to mind another fantastic book I read this year — Machinehood by S B Divya. I can’t say too much because I don’t want to spoil either book, but I appreciate how both these authors have helped me rethink my personal relationship with the machines I use, and what the possibilities for such relationships could be (on a peronal and a global level) in a world where even the “inhuman” is capable of humanity. (Side note: Interestingly, last year Yudhanjaya wrote a story for The Slate, titled The State Machine, to which Divya responded with an equally insightful essay, Under the Gaze of Big Mother, so it’s certainly not the first time their work has been in conversation with each other. Both of these read well alongside the novels too!)

So much love in so alien a thing; so much humanity in wires and printed circuit boards and processor cores provided by the lowest bidder.

In fact, the bits I loved the most in the book were the tiny moments of tenderness and vulnerability. Yudhanjaya writes even the shadiest characters with empathy, so even as they committed incredible acts of violence casually, I could understand their motivations, even if I disagreed or felt put off by them. I particularly appreciated two passages — one, in which a human character sees himself through the eyes of an intelligent machine, and realizes how inexplicable his actions must seem to them; and another in which an AI ponders the differences between humans and themselves. The observations in each of these passages (and some others) are astute, and I had to take a few minutes to unpack them. I honestly wish I could quote from them, but no, those must be read in context for the full impact. (Also, they may be a bit spoilery. I have already said too much.)

Given that Jacob Bengali, one of the characters, is a professor of psychohistory, who uses the Foundation trilogy as texts in his classroom, it is likely that there are influences from there in the novel. This is one of those times, when I wish I were more well read when it comes to the SF canon, because if there are easter eggs, I’ve completely missed them. Hopefully, more seasoned readers and reviewers will do a better job of uncovering those.

The Commonwealth trilogy is valuable for the way it challenges the colonial gaze. Even today, when we speak of technological advances, the conversation is usually US (or UK, or China) centric. That is where we imagine innovation happening. That is where we imagine the doors to the future will open. Yudhanjaya shifts that point of view, by placing Ceylon at the eye of the storm. I hope that this fictional re-centering will encourage a real life decolonization in how readers think.

I thoroughly enjoyed reading The Inhuman Peace. It kept me on my toes as a reader, and I always enjoy that in a book. I found characters I could root for, and others that I am achingly ambivalent about (in a good way). And the ending — oh! that ending. The possibilities!

Read an extract from The Inhuman Peace here: https://harpercollins.co.in/product/the-inhuman-peace/

Have you read this book? What did you think of it? What other books does it remind you of? Share your thoughts with me in the comments!

Disclaimer: I received an advance review copy of this book from the author 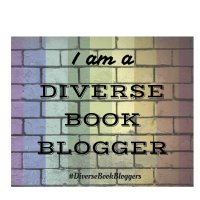